How to Identify EMF Hotspots 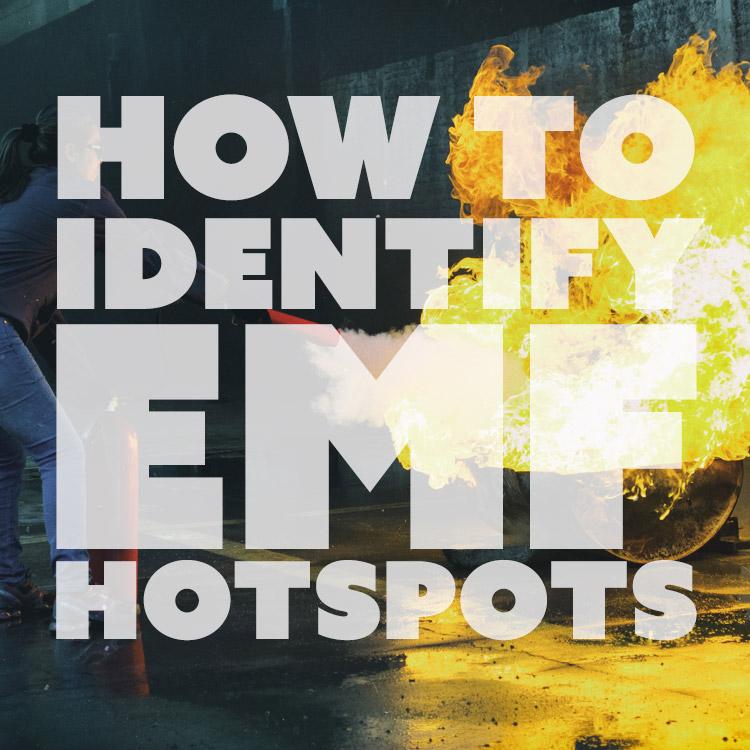 In our ever changing modern life, Electromagnetic Fields (EMFs) have become part of our everyday existence (and this makes it difficult to avoid them). If you have access to electricity, you can be certain that you are being exposed to EMF. In order to limit EMF exposure and its harmful consequences, we can take certain steps that can help. Some places are much worse than others when it comes to the concentration of Electromagnetic Radiation (EMR). The best way to identify EMF hotspots is to identify areas of high concentration of electrical devices.

Although it is difficult to avoid these, the following location and transport methods are known to have a high concentration of EMF:

To avoid continuous exposure and concentration of EMF, one can try to completely avoid these locations. But this is not always possible or practical, so investment in EMF-neutralizing technology can be an attractive option.

Airplanes are an essential part of our lives, but it is also imperative to understand the toll it takes on our body (as a result of time spent on airplanes and airports). On an airplane, there are several sources of EMF emission like the radar at the airport and on the planes, electrical wiring throughout the aircraft, electronic sensors, jet engines, and communication equipment. Further, there are also cockpit computers, passenger laptops, cell phones, Wi-Fi signals, and aircraft communication equipment.

According to a recent study published in the journal of Electromagnetic Biology and Medicine, the strong metallic content within the aircraft cabin highlights the multipath components creating strong variation especially where the radian sources are found. The researchers’ measurements found that “for several cases of the main cabin configuration (i.e. with passenger seats and without passenger seats), leading to the identification of regions in which compliance with ICNIRP as well as IEEE C95.1 standards is not fulfilled.”

According to the World Health Organization (WHO), radars operate on radio frequencies (RF) that are between 300 MHz and 15 MHz and produce what’s called an RF field. These are known to be part of the EMF spectrum and are known to impact the human body. Further, RF fields that are below 10 GHz to 1 MHz penetrate exposed tissue and start heating it up as the energy is absorbed. Just how much gets into the human body essentially depends on the frequency of the field. “RF fields above 10 GHz are absorbed at the skin surface, with very little of the energy penetrating into the underlying tissues. The basic dosimetric quantity for RF fields above 10 GHz is the intensity of the field measured as power density in watts per square meter (W/m2) or for weak fields in milliwatts per square meter (mW/m2) or microwatts per square meter (µW/m2). Exposure to RF fields above 10 GHz at power densities over 1000 W/m2 are known to produce adverse health effects, such as eye cataracts and skin burns.”

On the plus side, the electromagnetic waves emitted by radar systems occur in pulses and are not continuous. This in turn makes the power emitted significantly less when compared to peak power. As radars are directional like a beam of light, the RF energy generated is also contained in the beams. As a result the RF levels that are around the main beam drop significantly to levels that are thousands times lower.

Whether you are sitting on the driver’s side or the passenger side of an automobile, if you’re sitting up front, you are getting exposed to EMF. We spend a lot of time in our vehicles commuting to work or to run errands and the problem here is that you are in a small space, completely exposed to all the electronic components behind the dashboard, and sometimes under the driver and passenger seats.

The EMF levels that are emitted from vehicles vary and mostly depend on each specific model and brand. By using a gaussmeter, EMF emissions can be analyzed. Usually, the bigger the vehicle is, the lower the level of EMF emission will be. Further, if the vehicle is old, there is a good chance that the EMF emissions will also be low. According to experts, it is best to choose a vehicle where the battery and alternator are located in the front and further away from the driver as possible. Further, it is also a good idea to find a car where the fuse box is not located near the driver.

Some older vehicles use all-mechanical fuel injectors and these do not generate EMF. So when looking to find a low EMF emission vehicle, consider the following characteristics:

Corporate offices and factories are high EMF emission areas. This is due to the fact that many individuals are packed close together and surrounded by all kinds of electronic equipment including computers, projectors, Wi-Fi, TVs, tablets, and cell phones. Further, a lot of offices are known to have in-house data centers and this also makes it a central location for EMF exposure.

According to a study published in International Journal of Occupational Safety and Ergonomics, we also have to take into account the EMF emissions from “cabling, nearby substations, power lines and stray currents in buildings.” It is a complicated mix of EMF emitting sources that create an environment that can be dangerous to human health. However, there are steps we can take to protect ourselves from the devices we use often like laptops, cell phones, and tablets. Further, buildings can also be designed in a manner that lowers the risk of EMR (for example builders can reduce the concentration wiring where most employees will be located). Lastly, outsourcing to data centers located away from the premises can also help to reduce exposure to EMF.

How have you been identifying EMF/EMR hotspots? Please submit your thoughts in the Comment section below.