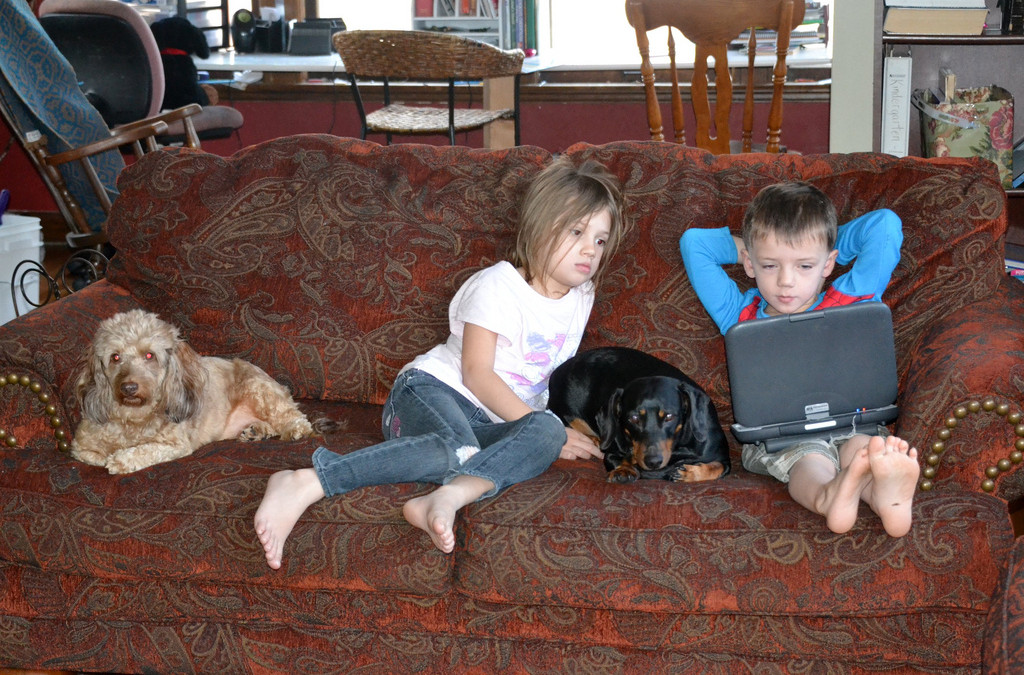 Nowadays with so many electronic devices to entertain ourselves with it can be difficult to keep our daily screen time consumption to reasonable levels. There is the TV, games consoles, personal computer, smartphones and hand held consoles. Furthermore, technology is finding new places for inserting screens such as in cars, planes and some schools are replacing books with laptops.

However, do we really stop and think about the negative consequences of binging on too much screen time? If you were the consider the negatives of “harmlessly” watching a few extra hours of TV, then you might think twice about doing it.

As a study from Psychology Today reports too much screen time can lead to a hyper aroused nervous system which leads to a lack of restorative sleep. This in turn leads to kids that are moody and have lower levels of concentration. The long term result can be that kids develop poor characteristics when they grow into adults. A few extra hours per day in front of a screen might not seem like such a big issue while they are still young, but in their later years the damage will become more evident.

Another health concern that affects kids and adults alike is eye strain, which primarily is caused by very long screen time sessions and placing the screen too close to your face. To combat eye strain it is recommended that for every 20 minutes of screen time, you look away from any screens. This of course requires discipline and continuous focus on the time. However, it is a habit that could seriously improve your health over the long term.

There is another type of health damaging component of screens that many people do not consider, which is electromagnetic (EM) radiation. CRT (cathode ray tube) screens are the worst culprits because the amount of EM that they produce is relatively high.

They operate as follows: the front of the tube is scanned in a downwards pattern that produces lines across the screen. As this occurs electronic beams sweep across the image with a variety of intensities – this effect creates EM fields.

The EM radiation that’s emitted from CRT’s has the ability to put stress on the biology of anyone sitting in close proximity. Obviously the longer you are exposed to the CRT the more negative the consequences. Furthermore, once the CRT is switched off, the EM radiation continues to be emitted for a significant period of time afterwards.

Therefore, a safer option is an LCD (Liquid Crystal Display) for the following reasons:

EM radiation from screen time can be a serious issue. For example, photo aging can occur that leads to dry or wrinkled skin. Also the use of laptops on the lap in males has been linked to infertility. The actual screens of these mobile devices do not emit that much radiation themselves, as many of them use lower-emitting LCD panels. However the electronics inside that power these devices (processors, memory, hard drives, etc) expose our bodies to much higher amounts of electromagnetic radiation than is deemed safe.

The safest way to enjoy screen time is via a television across the room to reduce exposure. However, parents are introducing mobile devices, such as smartphones and tablet PCs, to their children at younger ages.

How To Reduce Screen Time

For most people an excessive amount of screen time is simply the result of being bored, or not having any other planned activities. Here are some top ways that you can reduce screen time:

Make screen time count: If you turned on the computer to check something specific such as the film times at your local cinema, or the weather – then make sure to do that specific activity and nothing else. Don’t end up browsing the internet endlessly simply because you are on the computer. Likewise when watching TV make sure to pick out a program or movie that you want to watch, and only watch that. Don’t channel surf simply because you have nothing else to do.

Socialize: make it a point to set up time with your friends and family each week at certain days for socializing. This could be going to a restaurant, bar or going for a game of pool. The point is to socialize as opposed to spending alone time in front of a screen.

How To Minimize Screen Time For Kids

The majority of kids nowadays if left to their own devices will spend an average of 7 hours per day in front of a screen. This is way too much and the responsible adults in a child’s life should take steps to drastically reduce this screen time. Here are some ways that could be accomplished:

Introduce your child to new activities: you child might simply be in front of a computer all day because they bored. So you remove the boredom, and in effect the screen time will be reduced. Look for local sports clubs in the area that your child could visit after school, or perhaps at school there are a range of extra-curricular activities your child could take part in.

Plan trips: when the weekend arrives you could plan a camping trip, or go to the beach for the weekend. Furthermore, make sure that handled consoles and laptops stay at home, otherwise a significant amount of screen time could force its way into the trip.

Books: give your child the goal of reading a book per week at an ongoing basis. You’ll notice that they’ll have less time so sit in front of a screen. You might even find that your child likes reading books, and prefers this activity instead of endlessly sitting in front of the computer.